In the UK, we run four core sites, designed to help citizens.

Keep track of what goes on in Parliament

Send a message to elected representatives

Get things fixed in your own community

And they make a difference to people’s lives

Using @TheyWorkForYou is a brilliant way to cut through the endless piles of leaflets and get down to the facts. Read up. Vote.

@mikejjennings @TheyWorkForYou I never knew people could sign up for such email alerts. Better watch what I say from now on!

I just sent off an email to all 7 of my MEPs about #FreedomOfPanorama using the @writetothem site writetothem.com very impressed!

I feel today is gonna be one of those days where the @fixmystreet app is gonna get plenty of use...

@writetothem Amazing! Thanks so much! @writetothem is such a valuable tool for reducing the barriers to participation.

Users across our UK sites.

That’s one MP looked up, one street problem reported, one FOI request sent, or one representative written to, each minute—every minute—every day for the whole year.

WriteToThem users sent over 190,000 emails to their councillors, MPs or other elected representatives in 2015.

Two weeks later, we ask them if they got a reply, and every year, the results make up our Responsiveness League Table for the previous twelve months.

Up 7 places from last year

Down 5 places from last year

After a winter my street developed a pothole; it would fill with water and was on a bend. I used WriteToThem to ask my councillor about it and the pothole was fixed shortly afterwards. This was a small change in the big scheme of things, but it made me feel much safer when cycling or riding my motorcycle home in the dark.

TheyWorkForYou helps citizens keep track of what goes on in the UK Parliament and the Scottish Assembly. You can subscribe to email alerts when an MP mentions a specific phrase, as well as seeing how your MP voted on the topics that matter to you.

In 2015, TheyWorkForYou had a brand new spiffy design from head to toe, to make this wealth of information easier to find and navigate. 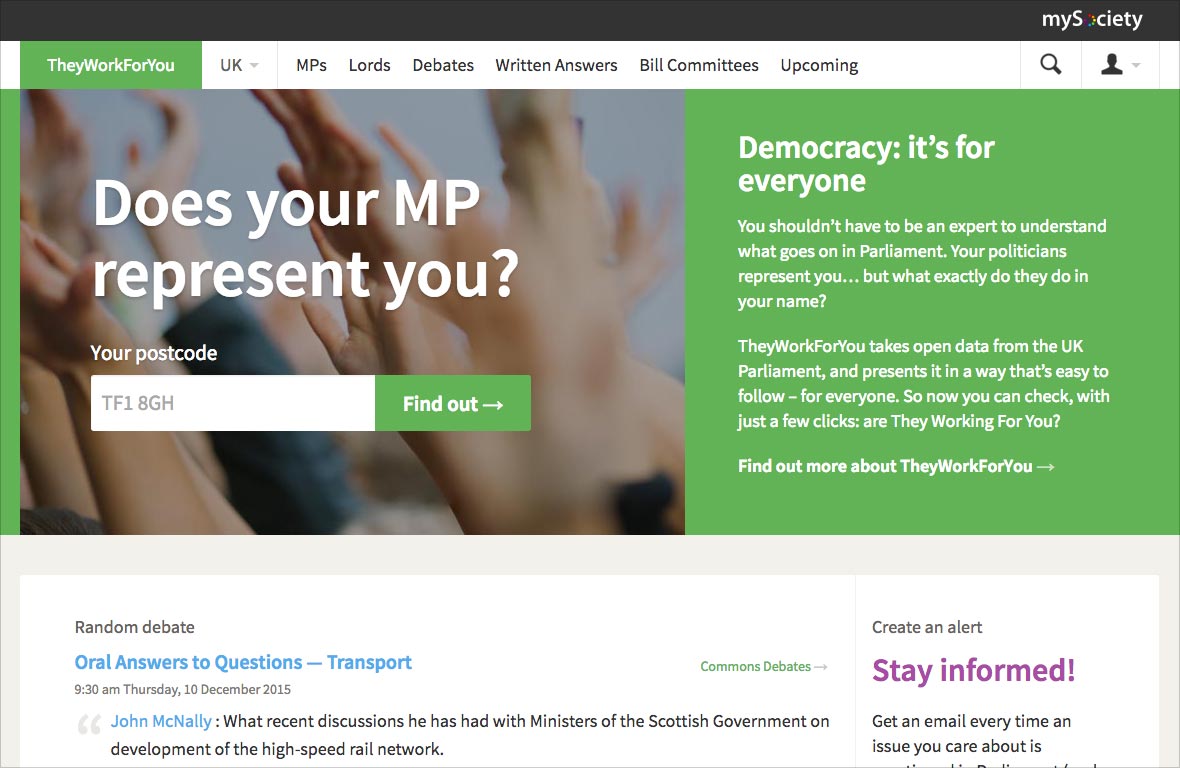 Published for everyone to see, on TheyWorkForYou in 2015.

Curious what your MP gets up to? Get email alerts for free!

And we added more voting information, so now you can see really easily exactly how your MP voted on key issues.

We don’t think there’s anywhere else you can see this so clearly online.

Try it out: Does your MP represent you? 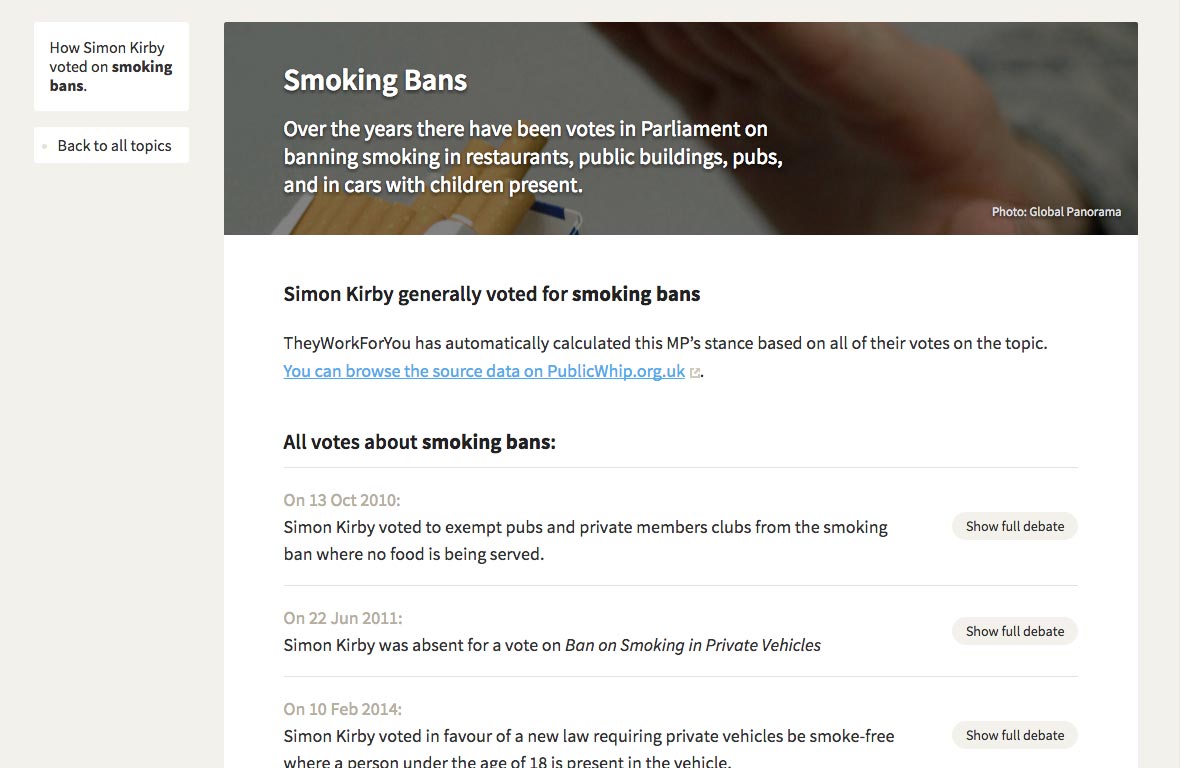 I recently shared a link on my local Facebook group of around 4,000 people because there were political discussions that I felt were based on gossip and assumption. I feel I can trust TheyWorkForYou to cut through 'spin' and provide me with the information I actually want without bias.

FixMyStreet makes it easy for UK citizens to report problems in their area – even if they don’t know who is responsible for fixing them.

As well as using the FixMyStreet.com website, you can download our Android and iOS apps to report on the go – even when you don’t have a mobile signal. 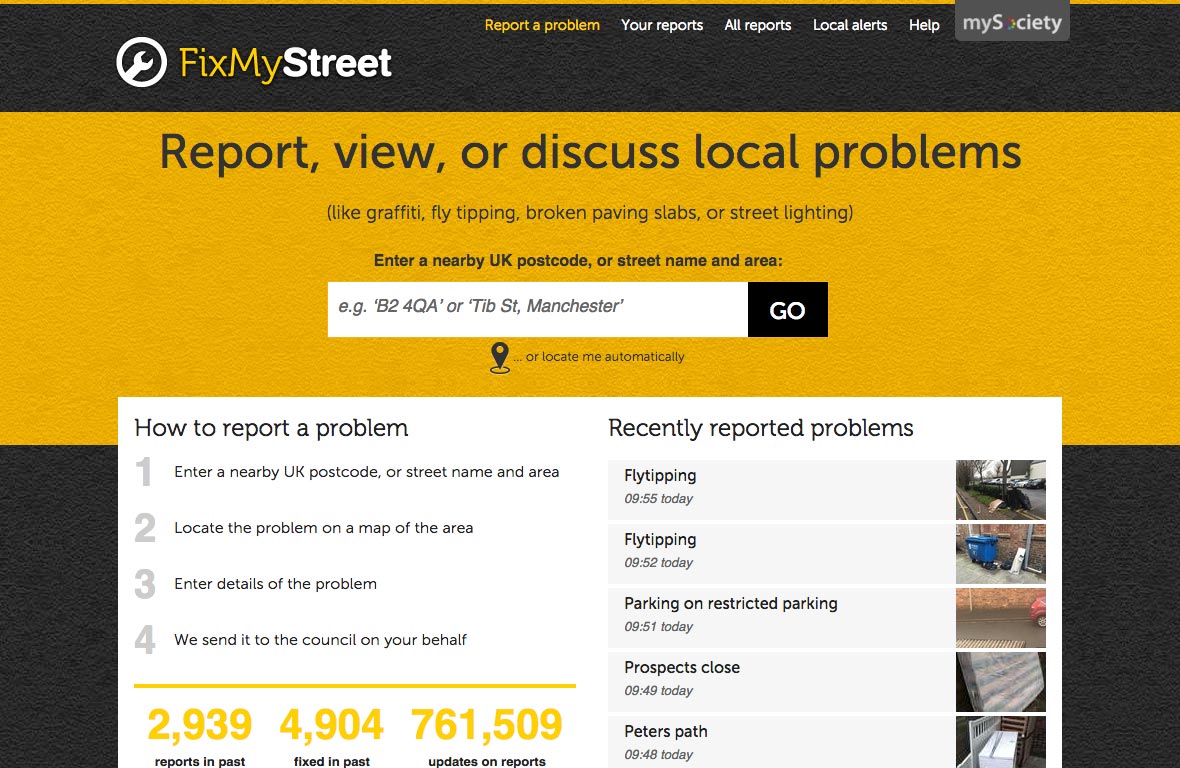 I am a parish council clerk and always report potholes via FixMyStreet, because it is so much easier to use than the council website. I encourage parishioners to use FixMyStreet by mentioning it in the local newsletter.

The roads near where I live are often used as a dumping ground for old furniture, clothes and bags of rubbish. I can take a photo of the mattress or whatever, upload it with the location, and get it logged all while I walk to catch my train.

WhatDoTheyKnow now serves over half a million users each month. This year the site sent 60,492 requests for information, bringing the all-time total up to 305,015.

Above all, WhatDoTheyKnow is overseen and supported by our tireless group of volunteers: So a massive thanks to them. 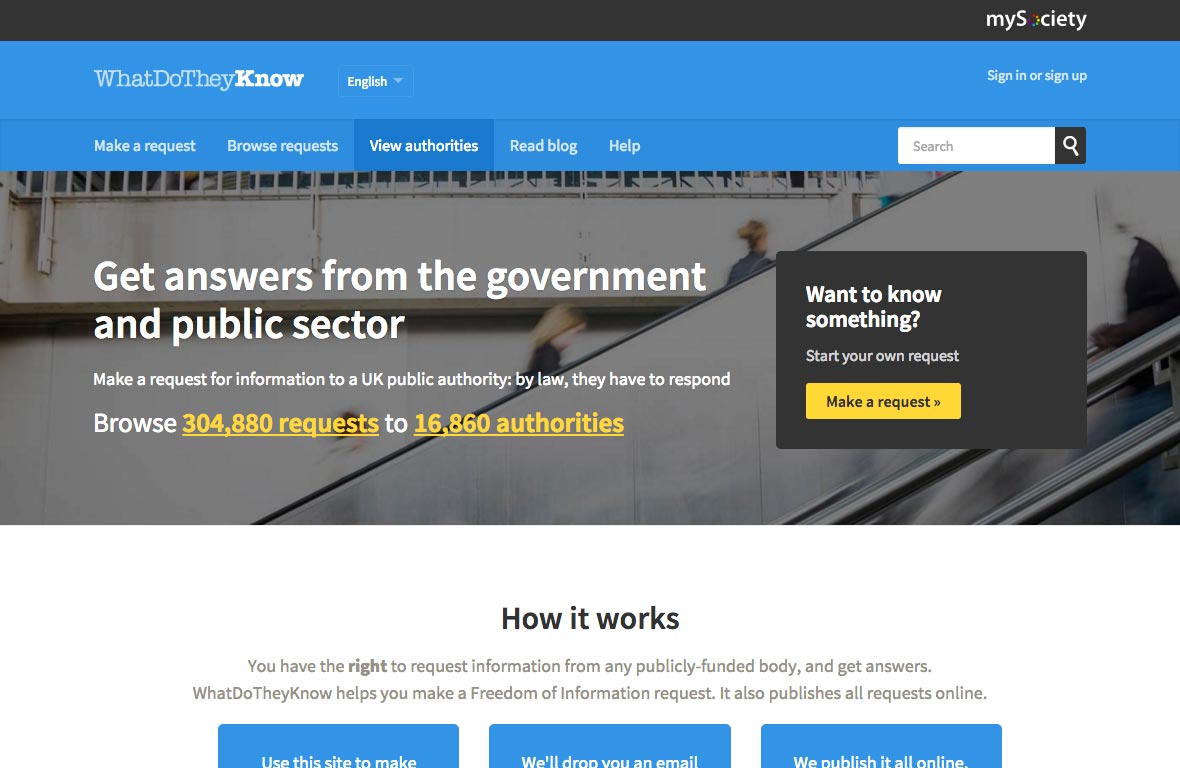 Referring to WhatDoTheyKnow gave Positive Action Group (PAG) the backup and confidence to lobby, over a number of years, for a Freedom of Information Act in the Isle of Man. The Act is to be finally implemented on February 1st 2016.

I used WhatDotheyKnow to find out some employment and expenditure information from my local NHS Primary Care Trust. That worked easily and is now publicly available for everyone to see.

You might have noticed that there was a General Election…

That kept us busy!

With other friendly organisations like Democracy Club, we set up YourNextMP, crowdsourcing information on every candidate for the General Election.

To the best of our knowledge, it was the earliest and most complete dataset to be released.

It was viewed by over a million people, looking to inform their voting choices.

It included contact details and links to social media profiles and was even used by Google in the UK to power a tailored election search. 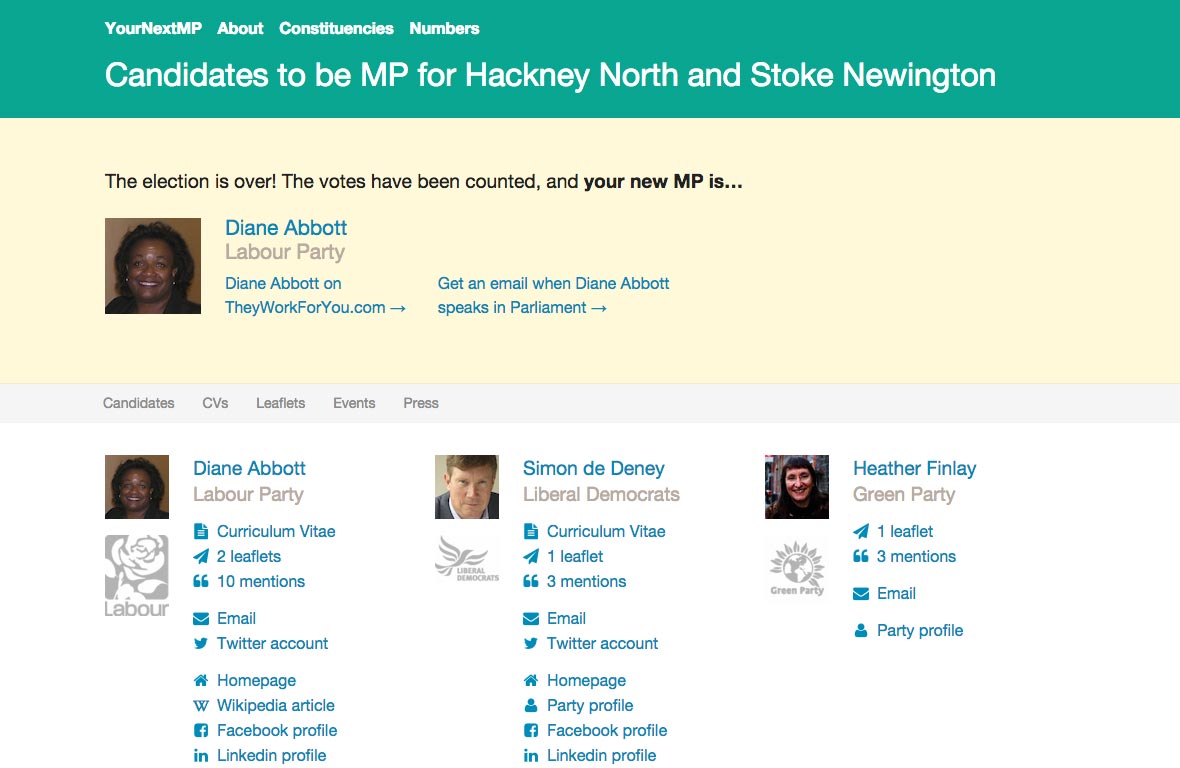 We added all the new MPs on TheyWorkForYou, in real time.

(We’re still proud of our title for the accompanying blog post).

And we worked for Full Fact, refining their processes to help them check every statement that was put out around the election.

We used TheyWorkForYou data in ‘match to MP’ on PositionDial, our first political matching feature. This led into ‘match to parties and candidates’ for the UK General Election 2015 (named best Voter Advice Application by the Guardian). 43% of young people not intending to vote said using PositionDial made them more likely to do so.

Next up: Our work outside the UK